The era of application workloads deployed and consumed from enterprise data centers and the public cloud are exploding across our digital-first world. As these mid-to-large sized organizations rapidly expand to deploy their workloads either as monoliths or microservices, in virtual machines, in containers or as a hybrid – within their own data centers or in the public cloud, the need for a new networking architecture and solution is now critical.

The team at Arrcus has been fortunate to engage in deep dive interaction with many professionals from different industry verticals – technology, financial services, retail and with diverse functional responsibilities – networking architects with CCIEs, DevOps engineers managing large cloud infrastructure and site reliability pros managing large SaaS deployments. A week in the life of these professionals usually means working across multiple data centers with interconnects to Amazon AWS, Microsoft Azure and/or other cloud providers, many cloud accounts and 100’s to 1000’s of VPCs with numerous compute nodes serving workloads impacting millions and sometimes billions of active users. Universally and unambiguously, all the professionals shared that the current multi-cloud networking architecture based on the legacy on-prem routers is just not working. Problems with this legacy cloud router design results in:

Besides this long list of functional deficiencies, the teams are simultaneously contending with a set of requirements that needs a completely new networking paradigm. Few of the requirements driving the needs are: 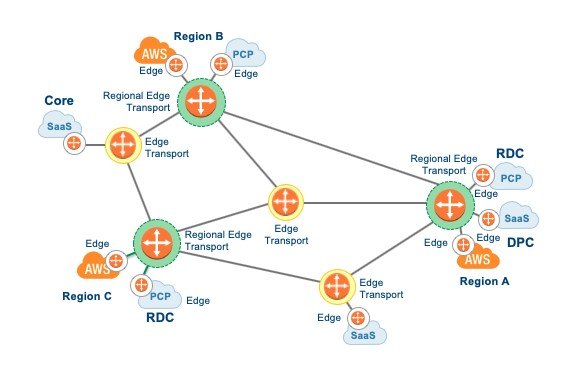 Arrcus, the hyperscale networking software company, announced multi-cloud networking (MCN) platform to enable highly available connectivity for workloads and data across any cloud, any region and any site. The Arrcus MCN platform consists of ArcEdge, which is a secure data plane element and ArcOrchestrator, which is the modern orchestrator that dramatically simplifies connectivity with cloud-native security, and hyperscale performance.

Enterprises can now confidently deploy workloads with a tight integration between their data center IP Clos network and the public cloud with a flexible deployment architecture of hub-spoke, full-mesh or hybrid. Operationally efficient with support for common frameworks like Hashicorp Terraform, Ansible playbooks, Open config YANG models and RestAPI.

In summary, our customer engagements have enthusiastically embraced the compelling metrics and benefits of Arrcus MCN platform. As an example, a typical deployment with 500 VPCS in Amazon AWS or Microsoft Azure interconnected with data centers via direct connect or expressroute, the Arrcus MCN solution demonstrated at least 2x the performance of the legacy cloud router at 10x the scale measured as total routes supported per VPC, resulting in at least $2 million in annual savings. With a flexible consumption model, scalable solution, unified orchestration, and a low total cost of ownership, the Arrcus MCN solution is ushering a new era in multi-cloud networking.